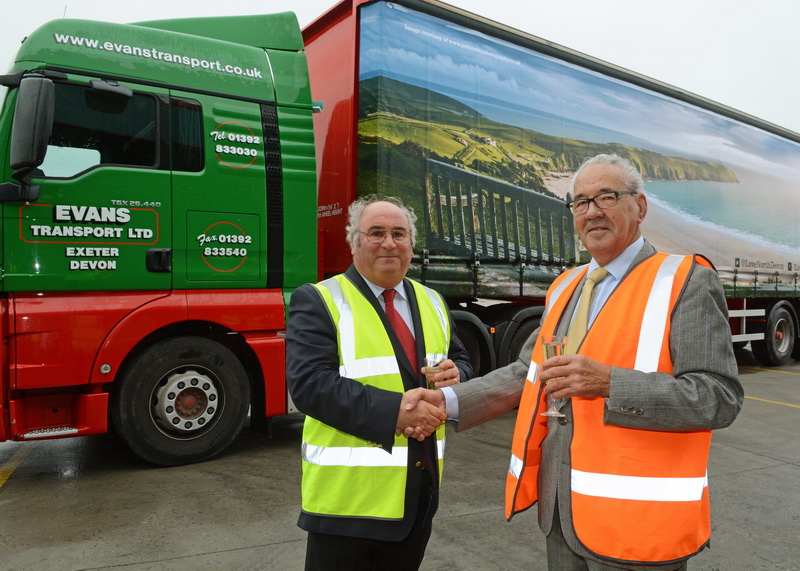 The second trailer illustrating the North Devon and Exmoor image arrived at the Evans Transport Yard in Bideford today.

Welcomed by the Bureau members and Les Webster from Evans the trailer shows a scene from the North Devon coast.

West Country television also attended along with the North Devon Journal and the Gazette.

The flexible fleet we run within the Palletforce arm of our business allows for all the lorries to be fitted with “tail lift” option....

COVID 19 update.
We are still open for business and available to deliver goods around the country to keep the essential supply chains operating.
Please call for availability.
We are abiding by government guidelines and ensuring high hygiene levels and strictly abiding by the social distancing measures.
Drivers where possible will have minimal interaction with other staff to protect themselves.
Stay safe stay home and protect others